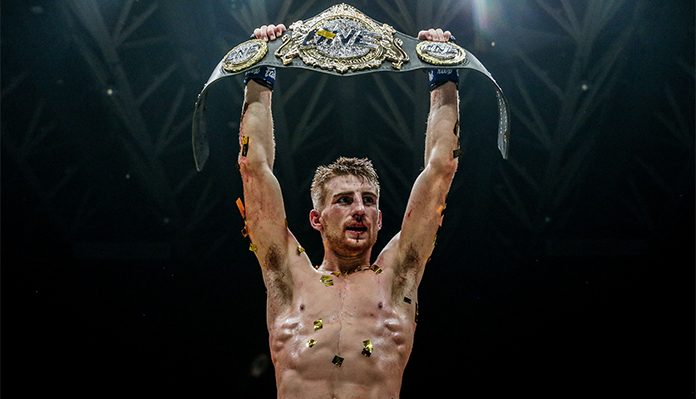 You might have expected Jonathan Haggerty to have taken a moment to soak up the atmosphere before requesting a new opponent. The 22-year-old Englishman had just captured the ONE Flyweight Muay Thai World Title in the main event at ONE: FOR HONOR. Haggerty defeated Thailand’s legendary Sam-A Gaiyanghadao via unanimous decision in a thrilling encounter.

As golden confetti fell from the ceiling and Haggerty’s team celebrated his victory, it seemed only right for the London native to simply enjoy the occasion. However, there is a reason why Haggerty is as successful as he is, and that is because of his relentless drive to test his skills against the best in the world.

So when ONE Championship ring announcer Dom Lau asked Haggerty what he had planned for his future, the newly-crowned champion immediately called out Thai superstar Rodtang “The Iron Man” Jitmuangnon.

“For about a few months I had wanted to compete against him, so when I saw he was in the same company I thought why not try and get him,” Haggerty said.

It seemed the ONE matchmakers were listening. The pair are set to face off against one another in the co-main event of ONE: DAWN OF HEROES. The 15-bout card takes place on Friday 2 August inside the Mall Of Asia Arena, Manila, Philippines.

After watching footage of Rodtang, Jonathan Haggerty formed the opinion that the Thai’s aggressive style will suit him. 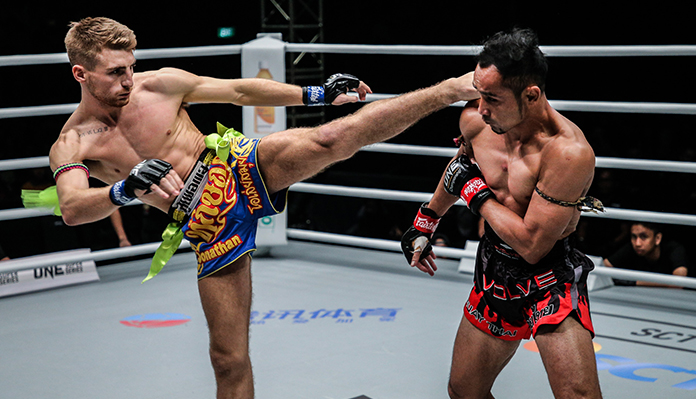 “I thought I could beat him quite easy to be fair, I think he is my perfect opponent, him coming forward is just going to make things connect properly,” Haggerty said talking about his initial impressions of his upcoming opponent.

“I think he [Rodtang] knows what he is getting in the ring with, but I believe he just thinks he is going to beat me. I was reading an interview with him where he said he had a plan to KO me, but they all have a plan until we get in there,” he continued.

The bout is one of the most anticipated matchups of 2019. Fans will be watching, by the millions to see two of the best Muay Thai athletes of their generation competing against one another. If Jonathan Haggerty has any concerns about sharing the ring with Rodtang, he is doing a good job of hiding them.

“As long as I am doing what I am meant to be doing, that is training 100 percent, then there is no pressure and no worries. I got the best gym in the country, sparring partners, pad man everything is going well. 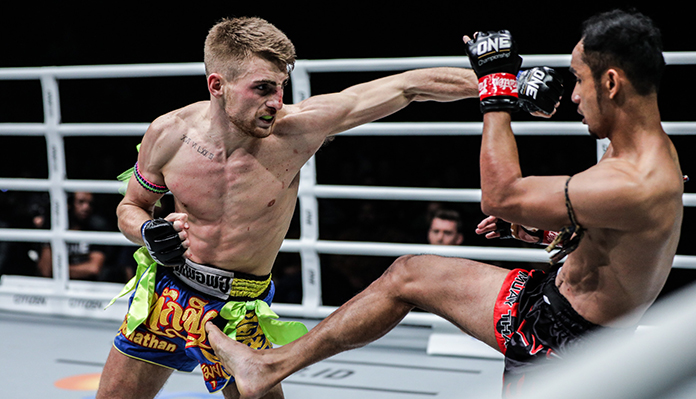 “I think they [ONE] has brought together two hungry athletes. Same age [after] the same goal, we are going to get in there put on a show for everyone and I am going to put on a masterclass,” he added.

Jonathan Haggerty knows it will not be an easy task overcoming Rodtang and with so much at stake, no one will be surprised if the contest goes the distance.

It would be safe to say that “The General” is ready for the battle to commence.