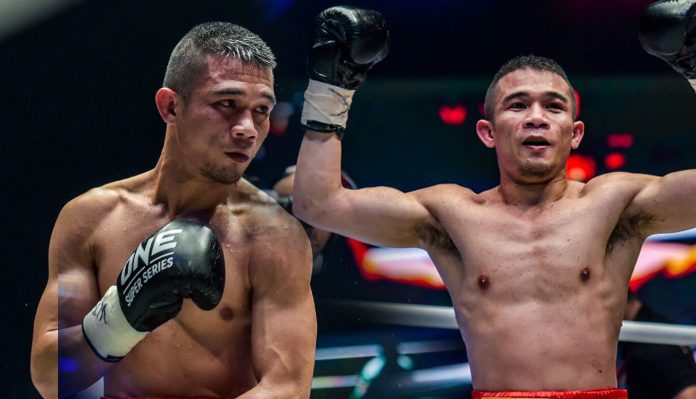 Srisaket Sor Rungvisai would have loved to punctuate his promotional debut with a KO victory over Iran Diaz in front of his countrymen on Saturday, but the challenger’s toughness made that outcome impossible. During the main event at the Impact Arena in Bangkok, Thailand, Srisaket still retained his WBC Super Flyweight title, but he had to settle for a unanimous-decision victory in a lopsided battle that saw only one judge award Diaz a round.

The bout main evented ONE: KINGDOM OF HEROES and kicked off what the boxer and promotion hope will be a long and fruitful relationship. Diaz had only a few moments of shine throughout the 12 rounds. He appeared to catch Srisaket off balance with a few counter shots. Srisaket even went to the mat, and perhaps should have been ruled down on at least one of the two occasions. He wasn’t, but even if he had been, the margin of victory was so large that it wouldn’t have changed the outcome.

Sriskaet wasn’t hurt by the shots, but both seemed to get his attention. Despite dominating the action before each of those punches landed, the Thai legend appeared to up his aggression against Diaz moments after the shots found their mark. Srisaket had been pounding his rugged opponent’s body and head with hard punches throughout the fight. As usual, his balance was almost always perfectly fit for delivering the punishing blows that have led to 41 knockout victories in his career.

While Diaz didn’t earn the victory, he should have garnered a measure of respect from Srisaket and others in the boxing community. He showed an excellent chin and overall endurance, but he lacked the power to make Srisaket respect him. Thus the champion spent most of the bout walking him down and pressuring him. As a boxer without big knockout power, Diaz was mostly ineffective as he moved backward. 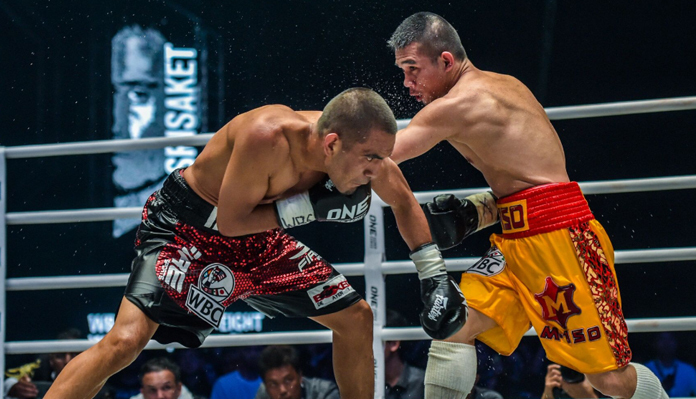 While Diaz’s effort was noble, this was one of those bouts that make you think, “even if these two battled 10 times, it’s highly unlikely we’d see a different result.” The superiority in Srisaket’s favor was that noticeable.

You know a champion has reached an enviable level of excellence when opponents are praised for simply going the distance. As Srisaket extends his current peak run, it’s clear he is operating in this stratosphere.

The win improved Srisaket’s record to 47-4-1. The loss sent Diaz to 14-3-3. What’s next for Srisaket after his fourth successful title defense? There were whispers of a challenge from IBF Super Flyweight champion Jerwin Ancajas. The two could meet in a potentially epic unification bout. However, the appeal of that contest might have dulled a bit after Ancajas narrowly escaped with his title after a draw with the unheralded Alejandro Santiago Barrios in September.

A bout that might really stimulate some interest in Asia, as well as globally, is a match between Srisaket and current WBA Bantamweight Champion and KO machine, Naoya Inoue. The Japanese “Monster” ran his record to 17-0 with a first-round KO win over Juan Carlos Payano in the first round of the World Boxing Super Series tournament on 7 October. Inoue is almost certainly contractually obligated to complete his run in the tournament before taking on an opponent outside of the competition’s parameters, but there is no question the two champions are arguably the best boxers in the lower weight classes–or on the pound-for-pound rankings.

The dynamics make it unlikely we’ll see this clash anytime soon, but it’s one to keep on your radar over the next 12-18 months if you’re looking for a fantasy matchup with the potential of coming to fruition.