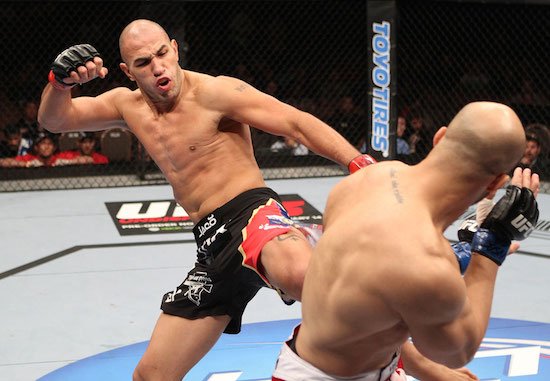 Asia’s largest mixed martial arts organization with a 90% market share, ONE Fighting Championship (ONE FC), will return to Manila with its largest fight card to date on 5 December. ONE FC: WARRIOR’S WAY is set to take place at the state-of-the-art MOA Arena in Manila. The main event will feature ONE FC Bantamweight World Champion, Bibiano Fernandes, who will defend his title against the undefeated Korean superstar, Dae Hwan Kim. ONE FC: WARRIOR’s WAY will also feature the highly anticipated ONE FC debut of Brandon “The Truth” Vera as he takes on Igor Subora of Ukraine.

CEO of ONE Fighting Championship™, Victor Cui, stated, “ONE Fighting Championship will hold nothing back as it returns for another night to remember at the state-of-the-art Mall of Asia Arena in Manila, Philippines. Brandon Vera is a global Filipino mixed martial arts superstar, and ONE FC will finally give fans in the Philippines the opportunity to see him in action live for the first time! He’ll be tested against heavyweight standout Igor Subora. Also, bantamweight champ Bibiano Fernandes will have his hands full against the unbeaten and dangerous Dae Hwan Kim. We have some awesome fights lined up for fans in Manila as Warrior’s Way promises to be the biggest fight card of 2014!”

Bibiano “The Flash” Fernandes is arguably the most decorated mixed martial artist in the world today. He is the reigning ONE FC Bantamweight World Champion and a Brazilian Jiu-Jitsu black belt with multiple world Jiu-Jitsu tournament wins. He is currently on an eight fight winning streak and is unbeaten inside the ONE FC cage. Fernandes will take his dominance to the next level when he faces top Korean mixed martial artist, the undefeated Dae Hwan Kim.
Dae Hwan Kim is one of the best bantamweights to come out of South Korea and currently holds an unblemished record of 10 wins with no losses, with five of his wins coming by submission. The agile and crafty Kim defeated highly-touted Filipino contender Kevin Belingon in his last appearance inside the ONE FC cage to earn the opportunity to face the ONE FC Bantamweight World Champion, Bibiano Fernandes.

New ONE FC acquisition Brandon “The Truth” Vera will make his promotional debut and promises to wow fans in Manila as he competes in the Philippines for the first time in his career. Vera is an American mixed martial arts superstar with Filipino ancestry. He has an impressive mixed martial arts record of 12 wins and 7 losses. Vera has faced some of the top light heavyweights and heavyweights in the world. He is also a multiple-time grappling champion, a wrestler in the Air Force and high school. He also possesses excellent Muay Thai skills and some of the most powerful kicks in the business.

Former URCC heavyweight champion Igor Subora is currently riding a five fight win streak, with all of his wins coming by either submission or TKO/KO. He has never heard the final bell and looks to finish off his opponents within the distance. The Ukrainian is trained in Sambo and aims to demonstrate his elite grappling skills when he steps into the cage against Brandon Vera.

Fans around Asia can catch all the action live on FOX Sports 3. Check your local listings. Also, fans from around the world can witness the action online via live streaming at http://www.onefc.com/livestream. The event will be available for purchase at just US$9.99.