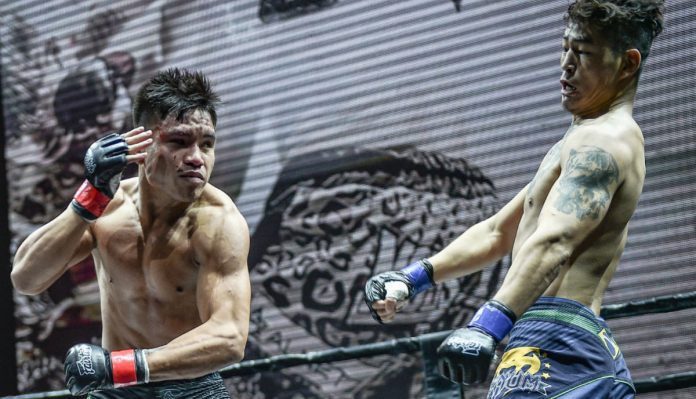 Singapore is a place where martial arts dreams can come true, and 34 competitors had an opportunity to use the location as a springboard in their professional careers on Thursday, 11 October.

Placed neatly between the ONE: KINGDOM OF HEROES show from Bangkok, Thailand, on 6 October, which drew 25 million viewers, and ONE: PURSUIT OF GREATNESS in Myanmar on 26 October, the ONE Warrior Series scratched the itch for fans of martial arts and the promotion.

The show focuses on unsigned martial arts talent all over Asia. This card gave fans something to tide them over while they wait for Aung La N Sang to defend his ONE Middleweight World Title again in his home country against Mohammad Karaki.

This group of 34 martial arts hopefuls took to Singapore to compete in the ONE Warrior Series live event for the chance to win a $100,000+ contract with ONE Championship and a spot on the promotion’s roster. When the dust settled, one talented martial artist emerged with the coveted contract, but a few others also shined under the event’s spotlight.

After a TKO win over Shinechagtga Zoltsetseg on Thursday, Mark Fairtex Abelardo walked away with the contract and the roster spot. In his last appearance on the ONE Warrior Series, Abelardo won a spectacular brawl with Ali Motamed. In that bout, Motamed had his moments, but Abelardo’s ability to work out of trouble and to secure the victory made an impression. In the match with Zoltsetseg, Abelardo reaffirmed the positive vibes ONE Vice President Rich Franklin had about him after his first performance on the show.

Against Zoltsetseg, Abelardo again had to rebound from a flurry of offense from his opponent. Abelardo took the action to the ground and inflicted so much damage on his opponent that he was unable to answer the bell for the second round.

Because of Abelardo’s ability to consistently battle through adversity en route to victories, he was selected as the lone recipient of the ONE contract.

Franklin said: “Mark Abelardo earned a contract because of the war he had in his last event and his ability to overcome adversity in his second match. Very well-deserved.”

Thursday’s win improved Abelardo’s record to 17-5. It will be interesting to see what he can do as he enters ONE’s bantamweight division. He may not be an instant contender for the 135-pound title, but he’s definitely one to keep an eye on.

While Abelardo was the only one to earn a contract, six others earned Warrior bonuses. Another bantamweight Zechariah Lange got his bonus for scoring a unanimous-decision win over Dawoon Jung in one of the event’s best overall bouts. The match was so good in the eyes of the decision makers that Jung also received a Warrior bonus in a losing effort.

Strawweight standout Lito Adiwang dispatched Manuel “Tick” Huerta in just over four minutes of the first round. A sensational, sweeping right-hand uppercut landed on Huerta’s chin and the bout was over. 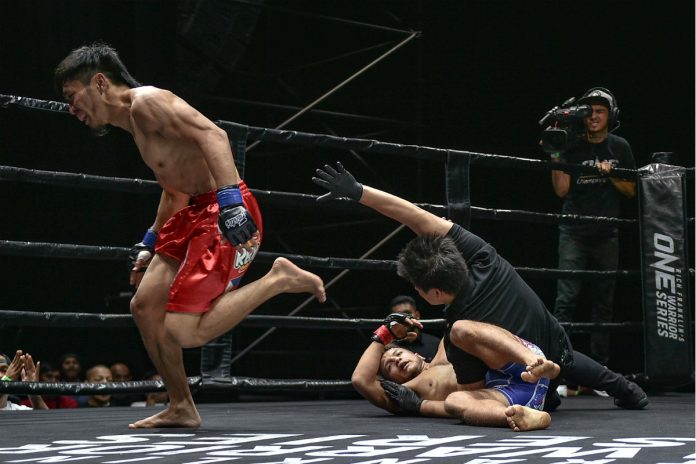 Adiwang has a crowd-friendly, free-flowing striking style. He’s getting the desired results because of his combination of speed and power. It had to be hard to pass over him for the contract, but it wouldn’t be surprising to see him join the promotion’s roster sometime in the future.

Detchadin Sornsirisuphathin defeated Mark Cuizon in a high-action flyweight bout that drew praise as well. The Thai martial artist rebounded from a first-round KO loss in his first bout on the ONE Warrior Series back March.

He showed noteworthy perseverance which is a quality it appears ONE is rewarding in its up-and-coming professionals. He may need to string together a few more impressive performances before he can secure a contract with ONE, but he’s at least on the right track.

Jenelyn Olsim and her brother Jerry were both in action during the ONE Warrior Series event on Thursday. Both of them won their bouts, but only Jenelyn received a Warrior bonus. Jerry, who is a featherweight, scored a first-round TKO win over Ernest Tang, but Jenelyn won a three-round war over Claudia Diaz that may have even surpassed the Lange-Jung bout as the best battle of the event.

Olsim and Diaz had a number of exciting striking exchanges with neither giving much ground. However, Olsim’s strikes seemed to do the most damage, thus she was awarded the edge from the judges. Just as it was with the Lange-Jung bout, both Olsim and Diaz received Warrior bonuses after they gave their heart and soul in pursuit of the $100,000 contract.

Neither accomplished their ultimate goal, but they did enough to stand out in some way. Now they have laid the groundwork for another opportunity on the ONE Warrior Series stage, or even as a prelim attraction on a larger ONE Championship event.

Overall, it was a good night for the promotion, the contest and the martial artists who were able to gain monetarily as well as from an experience standpoint.