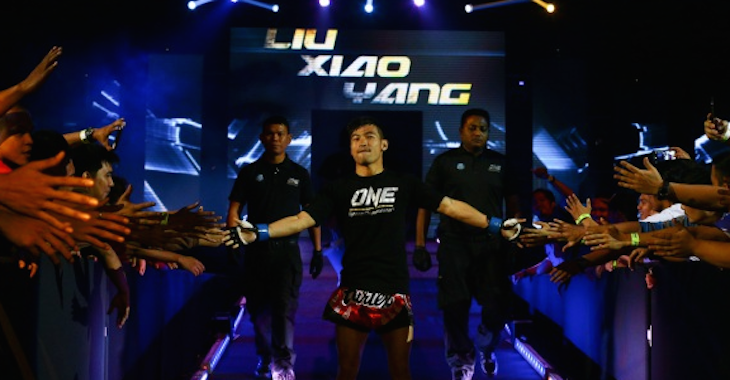 The deal between the Ultimate Fighting Championship and Reebok may not be what is best for all fighters, but it looks to be helping the sport of mixed martial arts grow as a whole.

Japanese based promotion ONE Championship has been getting more attention from potential sponsors than usual due to the fact that non-Reebok sponsors are banned from the octagon.

ONE Championship CEO Victor Cui informed MMAFighting, “We’ve gotten a lot of interest… Because now sponsors are looking for other opportunities. This was just another reason for them to look at Asia. Unfortunately we’re turning down sponsors now. Watch our canvas [at ONE Championship 27] and it just blows my mind where we are with sponsors right now.”

The recent deal between UFC and Reebok was supposed to be a method to guarantee fighters sponsorship money with a reputable brand while making UFC more legitimate. Instead, fighters spoke negatively about the deal once they find out they could be potentially losing 80% of their usual earnings from sponsors.

Cui went on to explain how different the sponsorship game is in Asia than North America. “Disney is our sponsor, launching all across Asia, Star Wars and Avengers. We have LG televisions; on every smart LG TV that they’re launching, you get ONE Championship content and the live broadcast on your TV preloaded. We have Canon, Casio, Kawasaki, Panasonic. These are all blue-chip companies that are with us that are typically not with the sport, so our base and what we’re able to deliver from a business side is, I think, considerably different.”

Cui has seen an increase of interest from fighters wanting to fight for his promotion after the Reebok deal was struck. “I don’t think there’s a shortage of talented fighters around the world. It’s a matter of if it’s a right career choice for them, and if it’s a right option for us as a company and for our fans.”