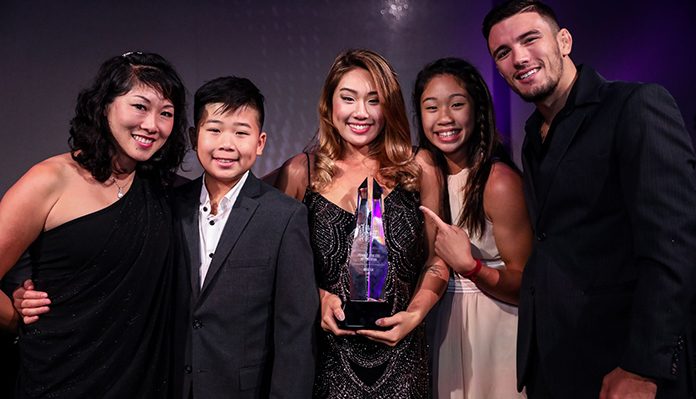 The Awards night featured a who’s who of martial arts talent from across the world and the awards were presented by 18 leading broadcasters from all over.

Folayang, the former ONE Lightweight World Champion was named as the Martial Arts Hero of the Year, beating out other big stars such as Lee, Aung La N Sang, Martin Nguyen, Daniel Cormier, Henry Cejudo, and Tenshin Nasukawa.

“I believe this award represents the start and beginning of a never-ending journey of discipline, hard work, perseverance,” said Folayang. 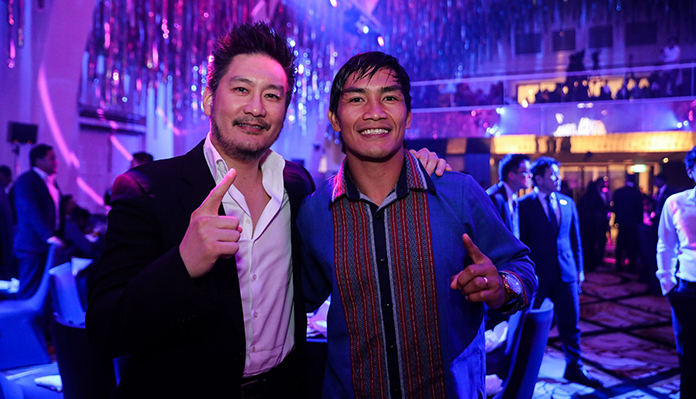 The Team Lakay star has had a magnificent 2018 so far, winning consecutive bouts to earn another shot at becoming the ONE Lightweight World Champion. He faces Singaporean star Amir Khan at ONE: CONQUEST OF CHAMPIONS in Manila on November 23rd.

Singapore’s own Angela Lee was hailed as the Female Athlete of the Year after she made a triumphant return to action back in May, defending her ONE Women’s Atomweight World Championship for a third consecutive time against Japanese veteran Mei Yamaguchi.

Famed Filipino martial arts stable Team Lakay also took home quite a few other honors, including Gym of the Year, Coach of the Year which went to head coach Mark Sangiao, and Submission of the Year, which went to reigning ONE Strawweight World Champion Joshua Pacio for his Passion Lock victory over Pongsiri Mitsatit.

Bout of the Year went to the five-round classic between Aung La N Sang and Ken Hasegawa for the ONE Middleweight World Championship at ONE: SPIRIT OF A WARRIOR back in June.

The Breakout Athlete of the Year went to newly-crowned ONE Atomweight Kickboxing World Champion Stamp Fairtex after dethroning Kai Ting Chuang at ONE: KINGDOM OF HEROES in Bangkok, Thailand.

ONE: KINGDOM OF HEROES was named Event of the Year, with a packed Impact Arena in Bangkok coming out to witness Thailand’s own Srisaket Sor Rungvisai successfully defend his WBC Super Flyweight World Championship against Mexican challenger Iran Diaz in the main event. 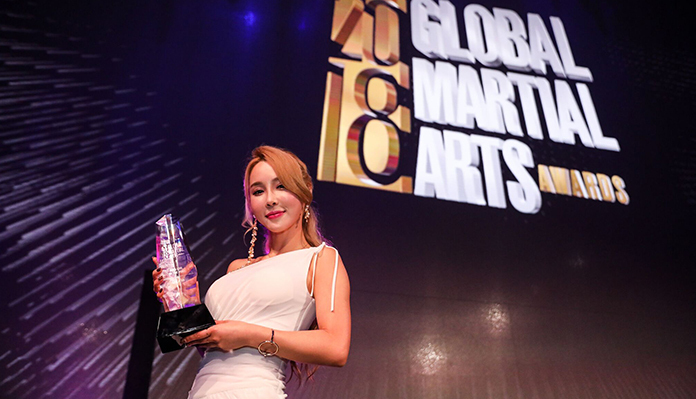