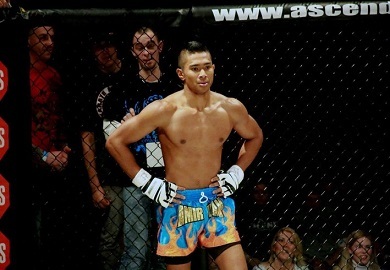 Undefeated amateur fighter Amir Khan is set to make his promotional debut with ONE FC according to Yahoo. Khan was competing in the US, but returned to his native country of Singapore to train with Evolve MMA which is home to the legendary Shinya Aoki, as well as Ben Askren and Leandro Ataides. Evolve MMA is not a public gym, and fighters can only train there if they are invited to do so.

“It’s no doubt Evolve is the best in Asia, a world class MMA training gym and me and my dad have been monitoring the growth of MMA in Singapore and Asia and feel Evolve is the right place for me to be in and to move to the next level in MMA.”

“I was nervous because once i started training, I realized how great and technically strong the fight team is. All of them are top ranking in their field and have so much experience. I put all my heart and energy in to the training and when Mr. Chatri announced he accepted me in the team, I was so happy.”

Despite only having a 4-0 record Khan is more qualified than most MMA competitors.

“Muay Thai is the first martial art I picked up. I started at the age of 13 and had my first pro fight at the age of 14 in Phuket which I won. Since then, I have always looking to compete and win and after I moved to the U.S. with my dad, I started learning BJJ and competed in NAGA tournament and won gold in both GI and No-GI events. I also joined the high school wrestling team and competed in wrestling competitions in Louisiana.”