5 Reasons To Watch Nieky Holzken Vs. Cosmo Alexandre at ONE: Warrior’s Dream

At ONE: WARRIOR’S DREAM in Jakarta, Indonesia on 17 November, kickboxing legend Nieky Holzken will battle Cosmo Alexandre in a Super Series bout in the co-featured bout at the ONE Championship event. The main event is a mixed martial arts clash between Tyler McGuire and Zebaztian Kadestam that will determine the next ONE welterweight champion.

In case you’re unaware, here are five reasons for you to watch Holzken take on Alexandre.

It’s The Legend’s ONE Debut

With more than 100 professional kickboxing bouts and multiple world championships under his belt, there is no questioning Holzken’s status as a legend in the sport. Any time a competitor of Holzken’s ilk makes a promotional debut it is deserving of an elevated level of attention from fans. Holzken will be looking to find a level of success consistent to what he’s enjoyed throughout his career. The bout with Alexandre is the beginning.

Back in 2010, Nieky Holzken faced Cosmo Alexandre. Holzken won the bout via unanimous decision but rematches are almost always interesting. Will Alexandre be able to make adjustments to help ensure himself a better result? The second look both martial artist will have at his opponent is a cause for intrigue.

ONE Super Series is Building

ONE has acquired a number of standout kickboxing talent to help grow its presence in that brand of combat sports. Nieky Holzken is just one of those competitors along with Giorgio Petrosyan and others. Petrosyan defeated Sorgraw Petchyindee Academy via unanimous decision at ONE: HEART OF THE LION in Singapore.

As the elite men and women begin to establish themselves in early competition, the title scenes will become more clear. Holzken has a great chance to be a part of the growth of ONE’s kickboxing scene. 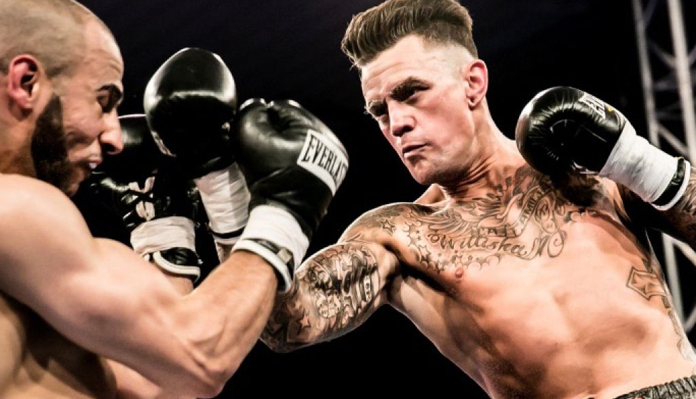 Holzken Will Want to Put on a Show

The promotional debut, the rematch and the newness of the ONE Super Series equate to huge expectations for Nieky Holzken. Ever the competitor and showman, it seems Holzken might be extra motivated to put on a great showing for the fans in Jakarta and all over the world. Holzken hasn’t stopped an opponent since 2015. If the opportunity presents itself against Alexandre, Holzken will likely take it.

In his last promotional debut, Holzken scored a TKO victory over Alex Tobiasson Harris. The victory included a devastating liver shot that led to the finish.

Though he’s only 34 years old, Nieky Holzken has been competing professionally for 16 years. He’s had 105 kickboxing matches and 15 professional boxing bouts. Overall, he has amassed a winning percentage of just under 87 percent as a combat sports athlete. If you’ve never seen him compete and you have an affinity for kickboxing, or any combat sport, watching Holzken should be on your bucket list of experiences.

Here is a look at the entire ONE: WARRIOR’S DREAM card:

ONE: WARRIOR’S DREAM will air on the ONE Super App on Saturday morning in North America.