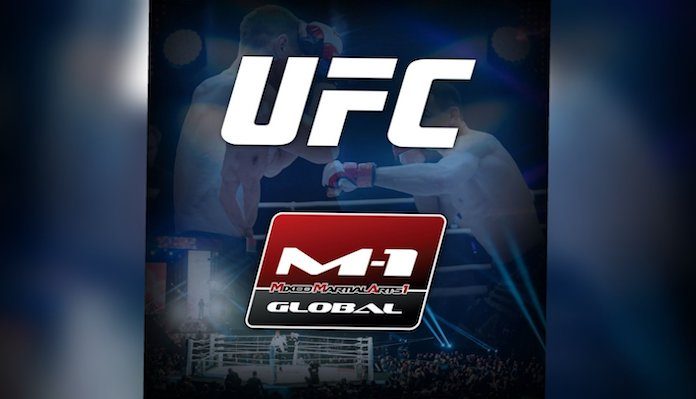 According to an Instagram post from Russian MMA powerhouse M-1 Global, the promotion has signed a deal with The Ultimate Fighting Championship.

Apparently, this deal will give M-1 Challenge champions the opportunity to sign with the UFC. From the sounds of it, this deal will also see M-1 scout talent for the UFC.

“The Russian-Chinese investment fund Mubadala Investment Company and the Ultimate Fighting Championship announced foundation of UFC Russia,” this Instagram post explains. “The new company is going to promote MMA and organize new shows in Russia and the Commonwealth of Independent States (CIS). M-1 Global is going to be a partner taking care of finding Russian athletes and preparing them for the fights. M-1 Challenge champions will get a unique opportunity to sign contracts with the UFC.”

“We are looking forward to further cooperation with the UFC and the Russian-Chinese investment fund working on developing young Russian talents and this will benefit our sports very much,” Finkelchtein says in this statement. “MMA is a very popular kind of sports and cooperation of the UFC, investment fund and M-1 Global can take MMA in Russia to new level. Competition in M-1 Global is going to be even tougher and that means we are going to see even more excellent and spectacular fights!”

#BREAKING: UFC officially singed a deal with M-1 Global. M-1 will now become a farm league for the UFC. M-1 champions will have a guernteed option to sign UFC contract pic.twitter.com/e1ekZSR1WK

“UFC officially singed a deal with M-1 Global,” Geyko said on Twitter. “M-1 will now become a farm league for the UFC. M-1 champions will have a [guaranteed] option to sign UFC contract.”

At the time of this writing, the UFC has not yet commented on this deal.