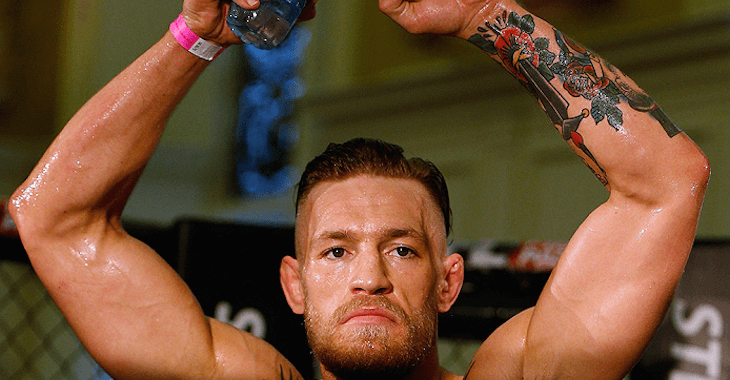 Speculation is in the air and multiple sources now are indicating a fight between Conor McGregor will fight Rafael dos Anjos in March in Dallas, for the UFC lightweight world title.

Once the UFC or either camp confirm this juicy bit of {happy-hump-day news}  McGregor will have the opportunity to be a two division champion behind BJ Penn.   McGregor has made predictions in the past about climbing the ranks and taking all the featherweights down and claiming the crown, he hasn’t been wrong since.

Rafael dos Anjos finished “Cowboy” and sent him off to the sunset belt-less in 66 seconds.   Dos Anjos responded to McGregor through social media after McGregor wanted everyone to “beg him” for a fight, his responded by saying “I may of misunderstood, I thought he wanted my belt.”

Pop quiz – When millions of fans like you are watching around the world, who do you think will be victorious in a champion vs champion showdown?