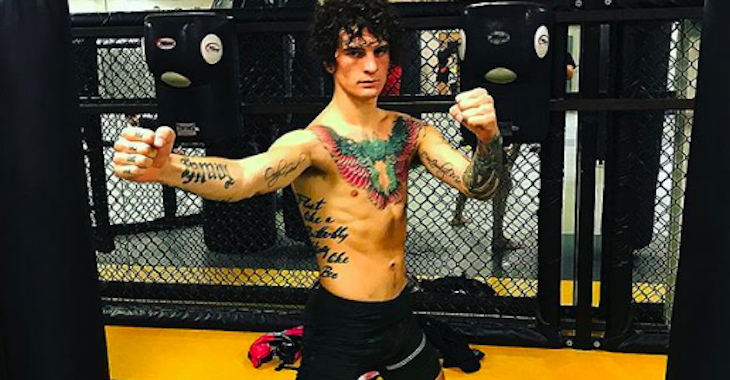 “Sugar” Sean O’Malley is one of the hottest prospects in the talent-rich UFC bantamweight division. Now 1-o in the UFC, having bested a game Terrion Ware in his recent promotional debut, he’s keen to continue his climb up the bantamweight ladder, and perhaps one day, battle reigning champ TJ Dillashaw.

While O’Malley hopes to fight Dillashaw one day, he actually has tremendous respect for him, especially after his thrilling December knockout of Cody Garbrandt.

“He’s an amazing athlete, I’m sure I’ll fight him some day,” O’Malley continued, before speculating how long Dillashaw will continue fighting. “How old is TJ? I don’t know how old he is…”

“I’m sure he’s probably someone I’ll be fighting some day,” he continued. “He’ll never not be at the top of the bantamweight division. That’s where I’m trying to get to, so I’m sure we’ll end up fighting one day. Yeah, he’s a beast.”

O’Malley then touched on Dillashaw’s plan to drop down to flyweight to challenge dominant divisional champion Demetrious “Mighty Mouse” Johnson.

Do you think Sean O’Malley will eventually earn himself a fight with TJ Dillashaw?