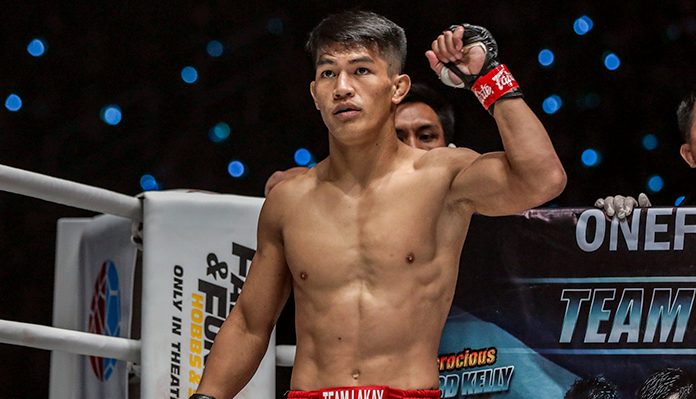 Danny Kingad, a staple of Team Lakay in Baguio City, Philippines, is gearing up for the biggest fight of his life. At ONE: Century Part 1 on October 13 in Tokyo — the evening of Saturday, October 12 in North America — he’ll step into the cage with former UFC flyweight champion Demetrious “Mighty Mouse” Johnson.

A few years ago, when Johnson was ruling over the UFC flyweight division, this is a matchup that seemed impossible to Kingad.

“Before, I didn’t imagine I’d be fighting Johnson,” he told BJPENN.com shortly after a sorely-needed massage. “I was just preparing for whoever wants to fight me and continuing to win my bouts.”

Shortly after Johnson signed with ONE Championship, however, he and Kingad were thrust into the ONE Championship Flyweight World Grand Prix. After defeating their quarterfinal and semifinal opponents, they’re now set to collide in the finals.

Kingad is dedicating every waking moment to the task at hand.

“There are so many differences in my training [for this fight],” he said. “DJ is a different athlete.”

Specifically, Kingad has been fine-tuning his skills in the clinch and on the ground. He has studied Demetrious Johnson’s recent decision victory over Tatsumitsu Wada — a difficult night of work for the former UFC champ — and believes these are areas he might be able to exploit.

“I learned something watching Wada and DJ fight,” Kingad said. “I think that can help me improve.

“Wada [had success] with his clinch and his ground game also.”

While Wada had some success against Johnson in these departments, that is not to suggest Johnson is a slouch in the grappling realm. Quite the opposite, in fact.

That being said, Kingad has shared the canvas with a number of slick grapplers in the past, including his most recent opponent, Reece McLaren. He says this fight with McLaren in particular was a solid warmup for a bout with a grappling whiz like Johnson.

“It helped me a lot,” he said. “Reece is a black belt in Brazilian jiu jitsu and he’s a wrestler, and I could handle that wrestling and jiu jitsu. I can do it also.” 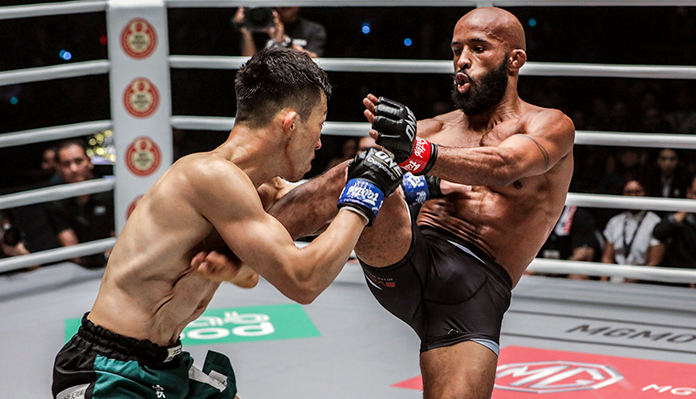 Many fans will be quick to count Kingad out on the basis that Johnson has already fought and defeated many of the best fighters in his weight class. Yet Kingad is confident he’ll be able to give Johnson a few looks he hasn’t seen before.

“I will give him a good fight,” he said confidently. “I’ll give him the best show in the world. I can do this.

“I’ve been preparing for DJ since I heard he signed with ONE Championship. When I heard his name, it motivated me to train harder.”

If everything goes according to plan, Danny Kingad will leave Tokyo as the ONE Flyweight World Grand Prix Champion and one of just a few men to defeat Demetrious Johnson. While these will of course be incredibly gratifying accomplishments, he won’t be resting on his laurels. Instead, he’ll promptly direct his focus to the next challenge on the horizon.

“I’ll feel so blessed if I defeat Demetrious,” he said. “But I’ll just prepare for the next bout for ONE Championship.”

In all likelihood, that next bout will be a title fight with reigning ONE Flyweight World Champion Adriano Moraes. Kingad has already fought Moraes, all the way back in 2017, and lost by submission. This remains the only loss on his record.

He believes he’s improved greatly since that first meeting with the champ, and is confident a rematch would unfold differently.

“I’ve made so many improvements since Adriano defeated me,” he said. “I learned a lot from that fight. I went back to training and trained all the mistakes that I did with Adriano.”

Before a rematch with the champion can be scheduled, of course, Kingad will have to defeat Demetrious Johnson. That’s just what he intends to do.

“It’s hard to predict [how the fight will end],” he said of this massive matchup. “All I want is to have my hand raised at the end of the bout.”

Do you think Kingad can pull of the upset in Tokyo?