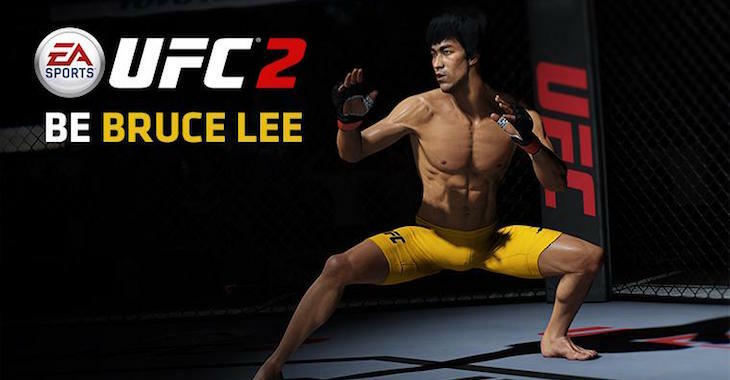 In the first EA Sports UFC game Bruce Lee was included as a downloadable character as well as an unlockable character.

Players could preorder the game to get instant access to Lee, or beat the ‘career mode’ to unlock Lee in 4 different weight classes.

Ahead of the highly anticipated release of EA Sports UFC 2, which will feature legends Mike Tyson, Bas Rutten, and Kazushi Sakuraba as playable characters, we have now learned that Bruce Lee will once again be included in the game.

EA Sports made an announcement on their official website, which revealed that there are 3 different ways to obtain Lee in-game.

The first is to for those who purchased EA Sports UFC 1. If you purchase EA Sports UFC 2, Lee will be available in that game as well.

The second is to beat the ‘Career mode’ and get inducted into the UFC Hall Of Fame. This will not only unlock Lee in 4 weight classes, but also unlock Mike Tyson, Bas Rutten and Kazushi Sakuraba.

The third way is to subscribe to EA Access. Upon subscribing, Lee will be unlocked for play.