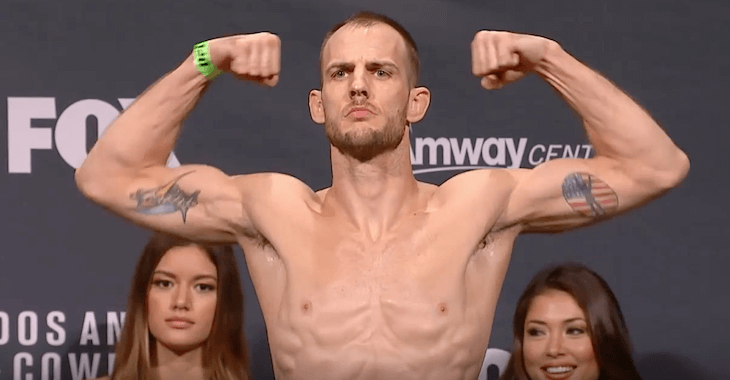 Earlier this week, unfortunate news surfaced that BJ Penn had been pulled from his scheduled UFC 199 bout with Cole Miller after he voluntarily disclosed that he used an IV back in March.

Given that Penn and Miller were slated to be the headlining preliminary card fight, many assumed that Miller would receive a new opponent for the event.

Wednesday afternoon, Fox Sports revealed that Alex ‘Bruce Leeroy’ Caceres would be stepping in on short notice to fight Miller on June 4th.

With Miller vs. Caceres now headlining the prelims, who do you have winning the bout? Sound off below Penn Nation!