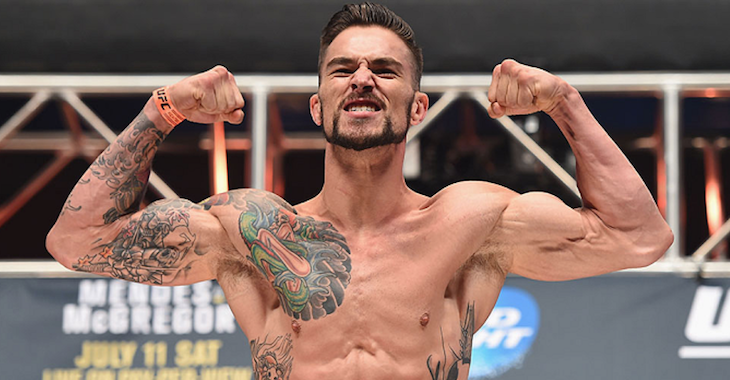 The UFC Fight Night 95 event has suffered some major changes as four of its fighters have pulled due to injuries.

Their opponents Erick Silva and Luan Chagas will now fight each other on the preliminary part of the card.

Meanwhile, lightweight Joaquim Silva is out of his fight with Gregor Gillespie after suffering a knee injury. Glaico Franca will step up on short-notice to fight the undefeated Gillespie.

In addition, Renato Carneiro is out of his fight against Mike De La Torre due to an undisclosed injury. He will be replaced by Brazilian Godofredo Pepey.

UFC Fight Night 95 takes place September 24 in Brazil and is headlined by a catchweight bout (140-pounds) between Cristiane Justino and Lina Lansberg.