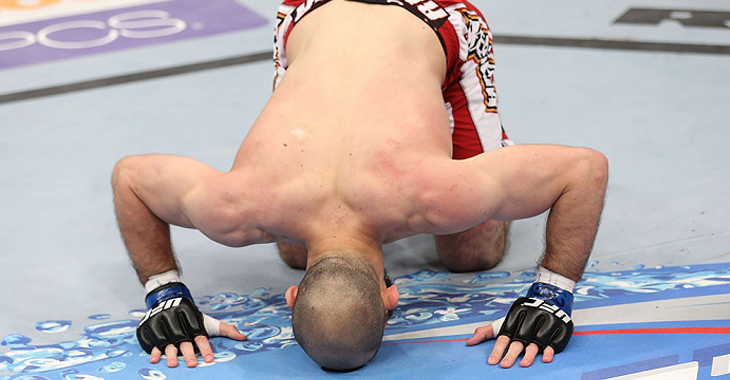 According to a report from Life.ru that was translated by Karim Zidan of Bloody Elbow, former UFC and Strikeforce fighter Adlan Amagov was allegedly involved in the violent incident where two were left dead and six people injured. According to the report, Amagov was sided with the Khalidov clan, who fought against the Baysurov clan. Amagov allegedly stabbed 19-year-old MMA fighter Timur Baysurov in the chest during the fight. Baysurov was taken to a hospital intensive care unit and treated for his injuries. Guns were also involved in the fight between the two clans as two were killed and five other people were injured.

Reports suggest that the incident started as a business negotiation at Krylatsky Hills in Moscow, which turned violent after agreements could not be made. The business negotiation meeting was led by ‘Grand’ and ‘Three Pillars’ furniture centers owner, Magomed Khalidov and CEO of Intro Energy, Ruslan Baysurov.

Moscow police are still investigating the incident and have filed a criminal case for murder and illegal transfer of firearms. Since retiring from MMA, Amagov competed in a mixed-rules Sambo bout in 2016, beating Dirlei Broenstrup in the first round by armbar submission.