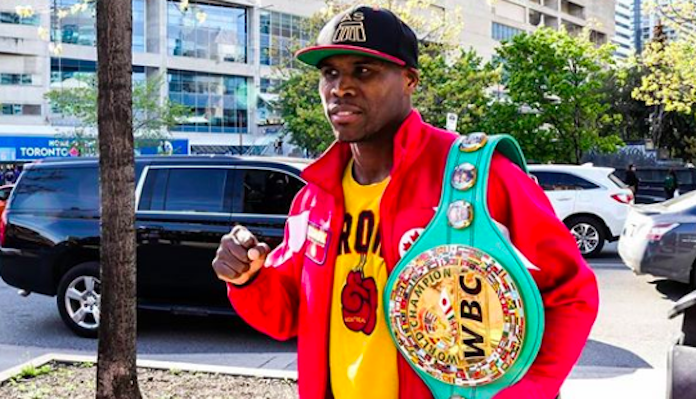 On Wednesday, le CHU de Québec-Université Laval, the Quebec hospital where Adonis Stevenson is being cared for, issued an update on the boxer’s situation.

Here are the latest details, per the release:

“At the request of family, the CHU de Québec-Université Laval (CHU) wishes to review the state of health of Mr. Adonis Stevenson. After a boxing event on Saturday night, Mr. Stevenson was admitted to Hôpital de l’Enfant-Jésus following an altered level of consciousness from a traumatic brain injury.

“Mr. Stevenson underwent surgery on the night of Saturday to Sunday and has since been admitted to the intensive care unit. He suffers from severe traumatic brain injury. His situation is still stable under the circumstances, but critical,” said Dr. Alexis Turgeon, specialist physician in intensive care medicine at Hôpital de l’Enfant-Jésus of the CHU de Québec-Université Laval.

‘I urge the media to be very cautious about distributing medical information that does not come from an official medical source,” said Dr. Turgeon. ‘Mr. Stevenson’s family thanks supporters for their many messages of empathy and support over the past few days. They want to be at the bedside of Mr. Stevenson and ask everyone to respect their privacy.’

As agreed with Mr. Stevenson’s family, please note that no further comments will be made.”

Prior to this fight, the 41-year-old Adonis Stevenson was riding a 17-fight unbeaten streak, with the lone blemish in that stretch being a recent draw with Badou Jack. He is currently 29-2-1 overall. The 31-year-old Gvozdyk is now 16-0.