Home » MMA News » Videos » VIDEO | Florian Can Still Taste The Blood From She... 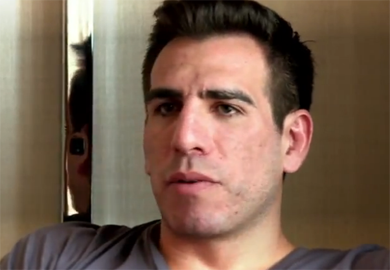 “(The blood) gave me motivation. The fans just went nuts. There was so much blood in the cage that night from him. Literally, it was the next day, and I had already taken two or three showers—the next day I still found blood in my ear, outside my ear. I found it inside, like rolled up in my eyelids.

“There was so much blood, I can’t even tell you. It was ridiculous. I can still taste it to this day. Like liquid metal. It was nuts. And definitely it motivated me. And that was a war. That was a war. I remember peeing blood after that.”

“And that’s the way I approached it. It really paid off. Before every fight, I always worked harder and harder, and I was able to increase my capacity to train more and more…those losses provided so much fuel for me.”