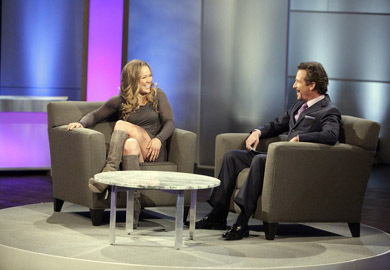 “There’s so much more that I want to do, that like once it happened I was like “yes this is amazing!” and then right after I’m like now I have to fight, now I have to do this, so I’m very, very excited, but I really didn’t spend that much time dwelling on it because there’s so many more things that I have to get done now that that’s happened,” Rousey stated.

“I need to prepare for my fight coming up. I can’t just sit around and do a little dance about getting signed, I’ve got to win my fight.”

“For girls it raises your testosterone, so I try to have as much sex as possible before I fight actually. Not with like everybody, I don’t put out like a Craigslist ads or anything, but if I got a steady I’m going to be like “yo, fight time’s coming up.”