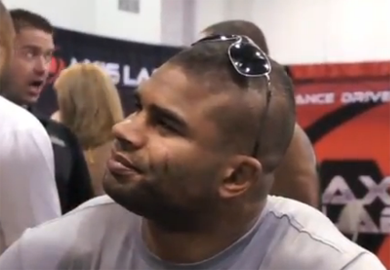 “I lke Cain. I’m going to fight whoever the UFC puts in front of me. I think Cain is going to do good in this next fight… I think he is going to get the belt. I thought so the first time, but then he lost the belt. But this time could be different. So I’ll not be fighting Dos Santos for the belt, I’ll be fighting Cain.”