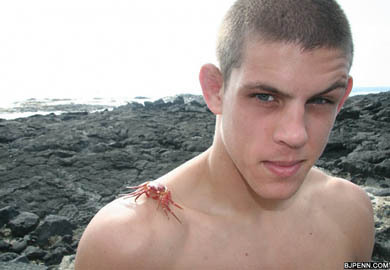 “The money’s really nice, but it’s really not the driving factor behind it. The basing is that’s just how I like to fight. I like to go out there and submit guys, I like to go out there and attack. Sometimes I’m a little over-aggressive and it leads to cardio issues and things like that, but I try to have the kind of fights that I want to watch. And I want to watch guys that are going out and being aggressive and attacking, and not guys that are trying to edge out a decision.

“I think if you look at his skill set, I don’t think he’s the best finisher. He hurt Frankie really bad – twice, and he wasn’t able to finish him. I think that in all his fights in the UFC he’s finished one guy. I’m sure he’s trying to finish guys, but he just doesn’t happen to be a great finisher. He’s a guy that always has good cardio, he’s always pushing to the end of the fight, tons of heart, tons of drive, incredibly strong, doesn’t kick a whole lot. I’m sure he’s like everyone else he’s constantly trying to round everything out. But basically, if I had to describe him as a fighter, you’d say a boxer and wrestler which is a lot like Jamie Varner who I just fought. But I feel like Varner had the better boxing, Gray has the better wrestling, but both try to stand. It’s very, very similar to the Varner fight I think.”