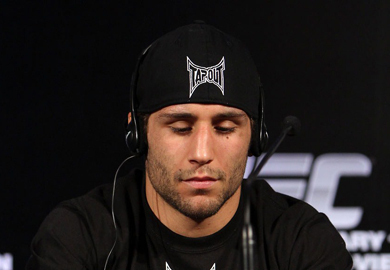 The UFC’s return trip to The Honda Center in Anaheim, California is already set to deliver fireworks and it just keeps getting better.

UFC 157 is set to take place on February 23 from Anaheim, California’s Honda Center. In the main event history will be made on pay-per-view when Ronda Rousey will defend her UFC title against Liz Carmouche in the first ever female MMA fight in UFC history.

Mendes last saw action last weekend when he took out Yaotzin Meza in Australia. Chad now finds himself with back-to-back wins after notching his first career loss to Jose Aldo at UFC 142.

Gamburyan last saw action at UFC on FOX 4 where he picked up a much needed win over Michihiro Omigawa. It was his first victory in four-fights.

The UFC 157 card is shaping up as follows: