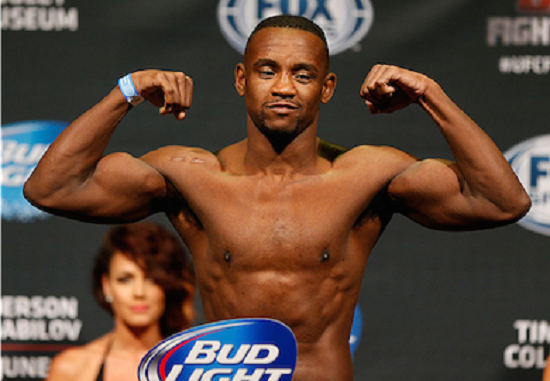 Earlier this week, the self proclaimed Thug-Jitsu master, fan favorite, Yves Edwards decided it was time to hang the gloves up and retire.

Edwards penned a Facebook message (Read that HERE), that explained it was his time to retire, and that he would miss fighting.

He joined The MMA Hour to discuss his retirement, and what brought him to the decision so many fighters struggle making.

“Well, I’ve just been kind of thinking about it for a bit, especially after last week, and I was just trying to weigh things out. My training camp felt really good, I had really good sparring sessions, and everything went really well — the conditioning, the weight cut were easy…everything worked out well, except fight night.

“I just don’t need to be doing this. I can still do those things in the gym, but like my last couple of performances, I have just soiled the things that I’ve done in the past, and I don’t want to continue to dirty that more than I have.”

“It took me since Tuesday of last week. At that point I made a decision that I can’t do this anymore. I want to, but I shouldn’t. And if I’m going to leave behind any kind of legacy all I’m going to do is tarnish it or not really add to it at this point. Because I don’t really know how many fights I have left in me, honestly. I don’t feel like I can’t do it a bunch more times, but my last performance is the most disappointing of all of them. All I’ve ever wanted to be able to do was perform. Show that I know what I’m doing, and show that I’m capable of doing this, and everything else will work itself out.”

“So, I don’t know. It sucks so bad. I still love this game, but I willingly decide not to play anymore.”

We would like to once again wish Yves Edwards the best in his future endeavors outside of MMA, and thank the ThugJitsu master for the memories throughout his career.