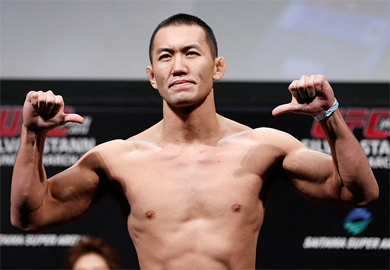 Former middleweight title challenger, Yushin Okami, has been released by the UFC following his latest loss at the hands of Ronaldo ‘Jacare’ Souza earlier this month.

After a seven-year stint with the promotion, Okami amassed an impressive 13-5 record and is still considered a top 10 middleweight fighter.

The release comes as a shock, the Japanese fighter was in the midst of a three-fight winning streak before dropping the aforementioned bout to Souza and holds notable wins over Alan Belcher, Mark Munoz and Hector Lombard amongst other elite level fighters.

While he may have been 3-1 in his last four-outings for the UFC, the top 185 pounder has often been criticized for his lackluster style and despite his winning record this is likely partially to blame for his release.