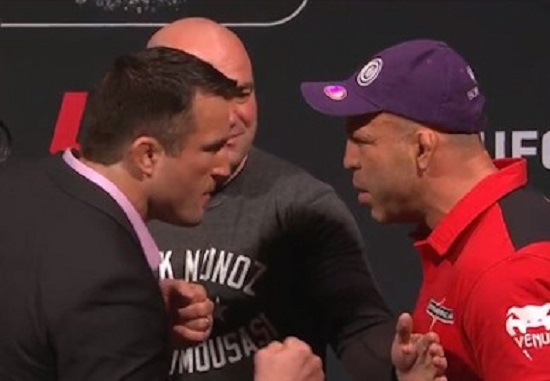 Wanderlei Silva may be retired, but there have been rumors of a potential Silva return. Last week a report surfaced that Silva could face Phil Baroni on New Years Eve in Japan (Read about that HERE).

During XFC International in Brazil this past weekend, Silva was asked about a potential matchup against Chael Sonnen, the man Silva was scheduled to face before the pair retired.

Silva was given a lifetime ban by the NSAC, meaning he can never compete in Nevada, and Sonnen cannot compete in Nevada for 2-years, however Brazil doesn’t particularly seem to care about that. When asked about the potential matchup, Silva replied:

What do you think PENNation? Do you want to see this match finally go down? Sound off in the comments section!