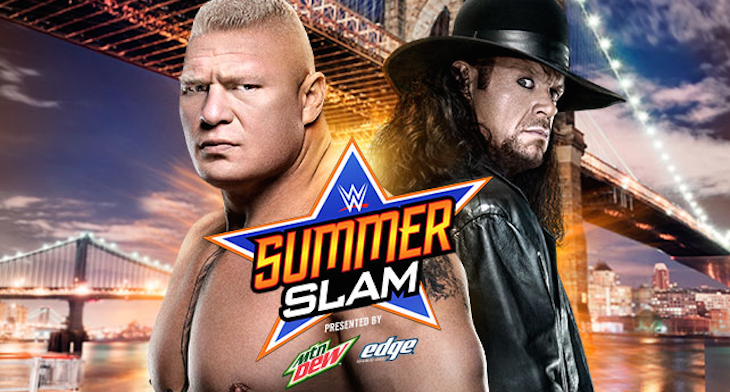 Seth Rollins will get to prove his mettle once again in his biggest title defense to date against United States Champion John Cena! Tonight’s bout is a title-for-title bout where the winner takes home BOTH championships! Will Cena secure his sixteenth world championship or will Rollins become a double champion?

Stay tuned to BJPENN.COM for up to the minute results on tonights full event!

Kevin Owens def. Cesaro (00:14:21)
(Owens executed the Pop Up Powerbomb on Cesaro in the middle of the ring.)

(C) (C) Seth Rollins def. John Cena (00:19:27)
(Rollins picked up the win after Jon Stewart nailed Cena with a chair while the referee was out cold. Rollins is now the WWE World Champion AND the WWE United States Champion)

Ryback def. Big Show and The Miz to retain his WWE Intercontinental Championship (00:05:34)
(Big Show knocked The Miz out with the KO Punch, but Ryback threw Show out of the ring to steal the pin)

Stephen Amell & Neville def. Stardust & King Barrett (00:07:36)
(Neville pinned Barrett with the Red Arrow after Amell took Stardust out with a dive to the outside)