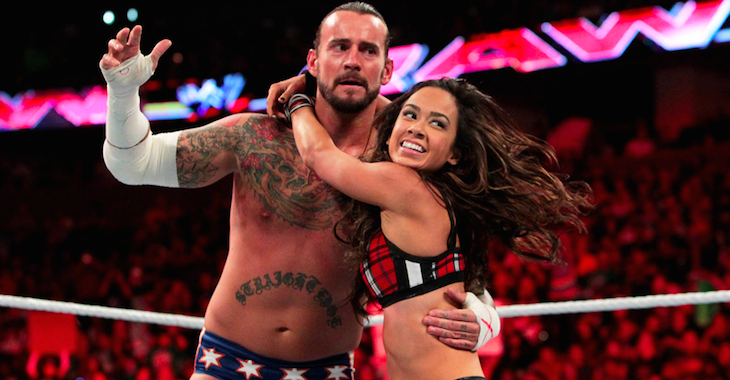 Needless to say, he wasn’t very supportive. He also didn’t seem to remember how former UFC heavyweight champion Brock Lesnar did in the octagon, calling his move to the UFC a failure. Sure he didn’t end on a great note, but jumping into the UFC and making your way to the title, then winning it, doesn’t really scream failure.

“Why in the world would this guy, who is at the top of the mountain, making more money than he’s ever made anywhere — came up the hard way, through the independents, Ring of Honor — walk way and now wanting to be an MMA or UFC fighter? Where that comes from, I do not know. Will he make it in the UFC? I don’t know. Listen, Brock Lesnar didn’t make it in the UFC, where does CM Punk fit in? I don’t see it. I really don’t see it. The thing is this, and maybe he doesn’t realize it; out of sight, out of mind. Off of WWE TV for, as were taping now August 2015, it’s been almost a year. Will that fan base from WWE watch him? Maybe he will get a little bit of interest, but as far as tens of thousands of people tuning in to watch CM Punk’s first fight, I do not see it happening. I don’t see it, out of sight, out of mind. If he had went straight from WWE while he was still hot after leaving the company, then go straight in and fight right way, sure he would have had an impact. I don’t see the impact now.”
UFC Fighters Give Us Their Favorite BJ Penn Moment! What’s Yours? — Must Watch!
[ooyala code=”JpN2pzdjqWA8WOLaJwwNHph5i6sCiLAA” player_id=”bd214e34cfad476984102de4bf5e8da2″ width=”1280″ height=”720″ auto=”true”]