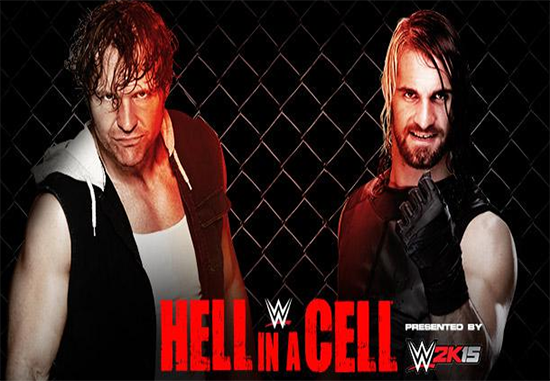 “The Eater of Worlds” Bray Wyatt has returned and he has his sights set on Dean Ambrose. The interference aided Rollins in his pursuit of a victory tonight in Dallas, Texas in the main-event of “WWE Hell in a Cell”.

Before the match even started, Ambrose climbed to the top of the cell and demanded that Rollins meet him up there. Rollins eventually made his way up, only to start climbing back down. Ambrose would have none of this and chased him down the cell. They met in the middle, fifteen feet above the mats and proceeded to brawl on the side of the cage. After exchanging blows, both men eventually fell off and crashed through the announce tables!

It was an impressive spot and was well done. The match eventually continued in the ring where more carnage took place. Ambrose and Rollins used everything in their power to try and take each other out including Tables, chairs and even flat head screwdrivers!

It was ultimately something out of this world that would cost Ambrose the match, however: The return of Bray Wyatt.

The screen went black and you could hear a man speaking in tongues over the loudspeakers in the arena. As the picture came back, Ambrose was staring at a floating image projected onto fog in the middle of the ring. In a nice series of events, Wyatt flew threw the fog and body tackled Ambrose!

Ambrose was once again slammed to the canvas which let Rollins crawl over to make the pin to take the victory.