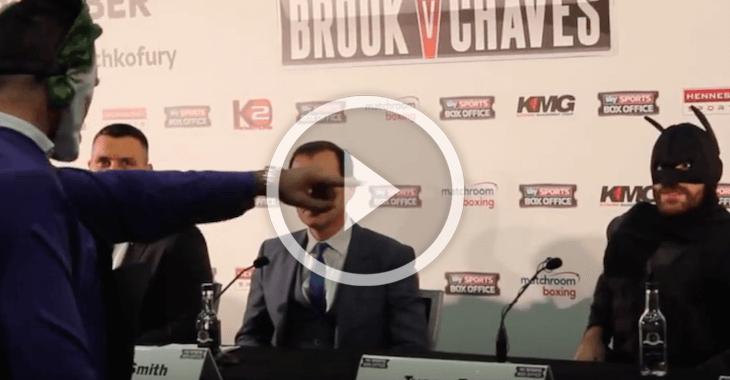 Sometimes press conferences can get pretty weird. Let’s be honest for the most part they’re pretty boring. A group of people sitting up on a stage, answering questions and talking about whatever they’re supposed to be talking about. So, when things like Conor McGregor taking over the ‘GO BIG’ press conference happen, it spices things up a bit.

But during this boxing press, to promote a fight between Wladimir Klitschko and Tyson Fury, things went from spiced up to just plain weird, real quick.

Fury, who will face off with Klitschko in October, dressed in a Batman costume, jumped off the table and wrestled with another person dressed as The Joker, all while Klitschko just sat watching and probably wondering what the f*ck was going on.

Tyson then stood up, pointed at Klitschko and went on about him speaking english and what not.

Yeah, just watch it for yourself!