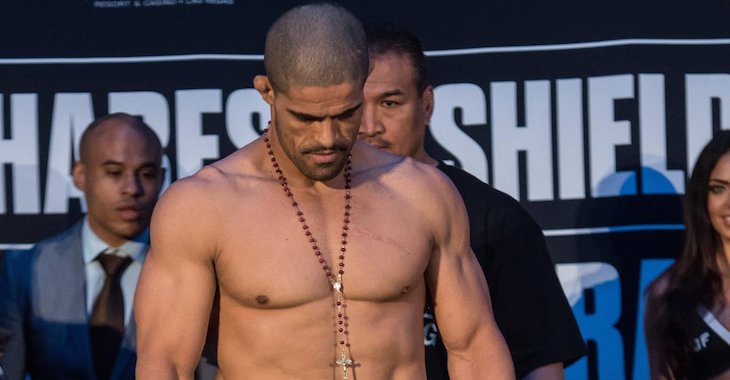 Rousimar Palhares’ days as World Series of Fighting’s welterweight champion could be coming to an end as soon as tomorrow.

Palhares successfully defended his championship against Jake Shields at “WSOF 22” this past Saturday in Las Vegas, Nevada, but it wasn’t without controversy. Palhares apparently poked the eyes of Shields several times throughout the fight before submitting him with a kimura in the third round. As Shields was tapping, Palhares continued to crank the hold until a second after the referee tried to peel him off.

WSOF Vice President Ali Abdel-Aziz has reviewed the footage and confirmed that Palhares gouged the eyes of Shields and held on to the kimura for too long:

After the event, Abdel-Aziz stated, “If I go back on tape and watch that f*****g fight tomorrow, and if I see Palhares held too long, and did the eye poking a couple times, he might be stripped of the title. And Jake Shields would fight the winner between (Yushin) Okami and (Jon) Fitch for the title, and I would suspend [Palhares].”

It seems like it’s only a matter of time before the title is vacated. Does Palhares deserve a ban from MMA as well, or is a suspension good enough? Share your thoughts in the comment section below!