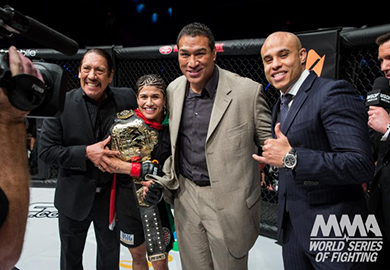 In a recent interview with Michael Stets of MMAMania.com, World Series of Fighting Vice President Ali Abdel-Aziz, did his best to hype up his November 15 card going head-to-head with Velasquez vs. Werdum.

On the Bellator front, Tito Ortiz will fight Stephan Bonnar.

Can the NBC Sports broadcasted WSOF win the ratings war with their three title fights?