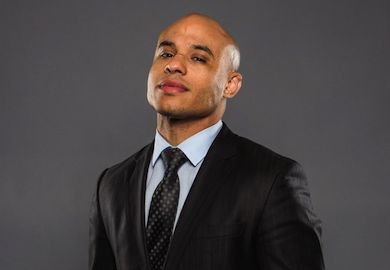 Overnight, some major ‘Shhhhh.. it’ went down in regards to the contract situation of Josh Burkman and the World Series of Fighting. (If you missed that, find it HERE.)

Now, WSOF Executive Ali Abdel-Aziz, is speaking out in defense of his actions, stating he feels betrayed by the companies ‘highest paid fighter’.

In an interview with MMAjunkie, Ali spoke his mind:

“This is not how a man handles business. We have treated Josh Burkman like family from day one at World Series of Fighting. He’s made more money than anyone else in the entire promotion. He wants to stay active, so we’ve given him five fights in 16 months. We always gave him more tickets to the events than he was contracted to receive. We gave him extra hotel rooms. Now he’s saying he feels like we’ve mistreated him? I don’t get it.

“I feel betrayed by Josh Burkman.”

“I have no hard feelings with Josh Burkman, but he’s trying to bash me in the media, so I feel it’s only right to respond with the truth. Josh Burkman wasn’t even supposed to be on the card last weekend, but he told us he really wanted to fight, so we canceled the fight we had planned to make room for him instead. Legally, I’m not allowed to talk exact numbers, but we didn’t have his purse budgeted for this card, so he was asked if he was willing to fight for a flat fee – a fee that was more than his show money – and he agreed and said he could make up the difference in his sponsorship deals. Now he has a problem with the amount? I don’t understand it.

“That’s not how business is done. Josh Burkman should call Anthony Johnson and get some business advice. Anthony Johnson finished his contract with us and told us he wanted to go to the UFC. We had the right to match the offer he received, but we didn’t because Anthony Johnson came to us like a professional and explained his position. Now we wish him nothing but the best in the UFC.

“Look, if Josh Burkman wants out of his deal because he just doesn’t want to fight Rousimar Palhares or Jon Fitch, I don’t blame him – those are tough, tough guys. But we’ve gone out of our way to treat Josh Burkman well since he first signed with us. All we’re asking is for him to fulfill his contract.

“If Josh Burkman wants to go somewhere else, let him prove himself first. Fight the winner of Palhares vs. Fitch and then leave World Series of Fighting as champion. Just think how valuable he would be then.”