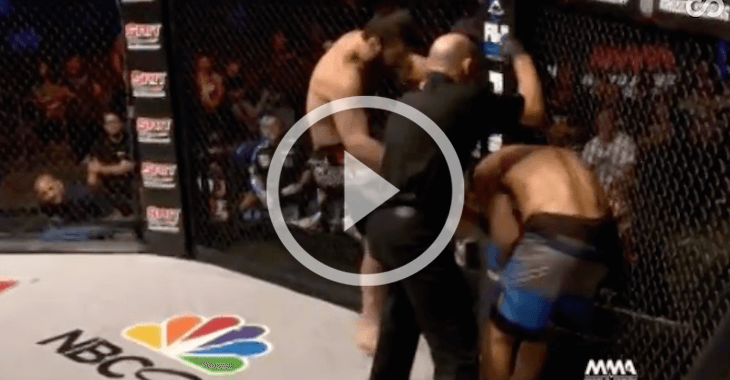 Last night at World Series of Fighting 23 there were some pretty exciting finishes, including a 32 second KO and a pretty awesome leg scissor submission. Not to mention lightweight champion Justin Goethe and Luis Palomino’s rematch that delivered and was a wild slugfest until Gaethje ended it in the second.

This time around it was Vagab Vagabov, but instead of holding a submission too long, he instead decided to kick and punch his opponent after the referee had already stepped in and waved the fight off. The weird thing is that Vagabov had won, the referee stopped it after he pummeled his opponent with strikes. So why he kept going had a lot of people scratching their heads.