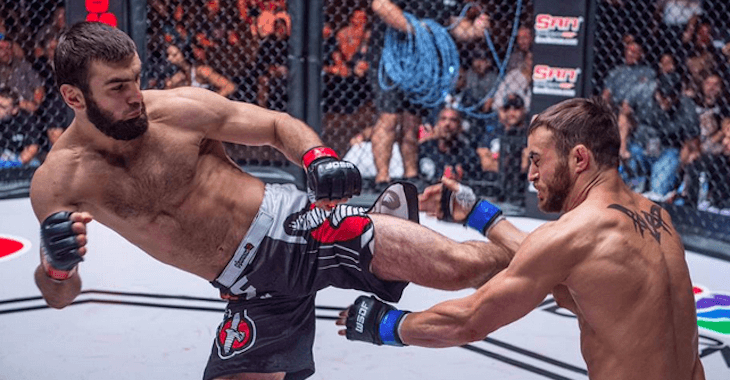 For the second event in a row, World Series of Fighting had to deal out a severe punishment for unsportsmanlike actions. At “WSOF 22: Palhares vs. Shields”, the company was forced to strip their welterweight champion Rousimar Palhares of his title after he held on to ANOTHER submission long after the referee asked him to let go, as well as repeatedly eye gouging Jake Shields throughout the fight.

At “WSOF 23”, Vagab Vagabov struck Brian Grinnell several times after the bell. Vagabov had Grinnell pinned up against the decagon fencing and was teeing off shot after shot, which forced the referee to step in and stop the action. It was very obvious the referee was stopping the fight, but Vagabov decided to land a couple extra shots for good measure with an aggravated look on his face.

WSOF Executive Vice President and matchmaker Ali Abdelaziz informed Vagabov and his team the fighter would have to serve a five month suspension due to his actions. “I spoke with Vagab and his team, and they were very apologetic for his actions,” Abdelaziz told MMA Junkie. “Vagab got caught up in the moment and expressed remorse for his mistake, but as a company, we simply cannot let moments like this go without addressing them directly.”

Abdelaziz is hoping this immediate suspension is going to put out of control fighters on notice, and learn how to use some restraint. “We hope this penalty sends a strong message to everyone on our roster that such infractions simply will not be tolerated.”

Do you think five months was too long, or not long enough? Share your thoughts in the comment section below!