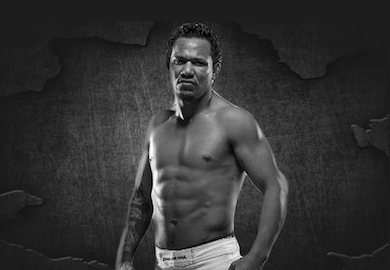 Luis Palomino and Jorge Patino did the honors of kicking the main card off on NBC Sports Network. They brought the crowd back to life after a decision-heavy preliminary card.

The fight opened up sloppy, but it was clear Palomino was landing the stronger shots in whatever exchanges they were having. However, every single time Palomino would wobble his opponent, he simply could not finish him. Patino was able to regain his composure and take Palomino down.

It wasn’t until the second round when Palomino finally followed up on one of his brutal combinations. He put Patino on spaghetti-legs after he clobbered him with a straight right. Palomino proceeded to drop him with additional strikes, dove on him and whaled with lefts and rights until he hit Patino on the button. Patino stiffened and the referee called the fight in round two.

This was Luis Palomino’s World Series of Fighting debut. After winning the bout, he motioned he wanted a championship belt around his waist.

Luis Palomino defeated Jorge Patino by way of KO (Punches) 4:20 of Round 2