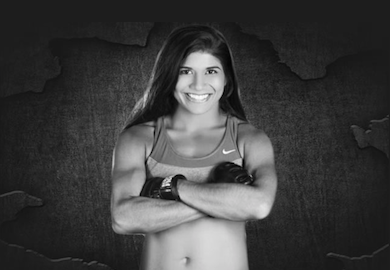 Jessica Aguilar wasted no time in going for the takedown and had Alida Gray on the ground immediately.

Gray got back to her feet once but was dragged back down within seconds. Aguilar was in half guard as she started working for a side choke and transitioned to side control with ease. Alida Gray had no choice but to submit and forfeit any chances she had at winning the belt.

Jessica Aguilar is now the World Series of Fighting Strawweight Women’s Champion. With a record of 17-4, it is hard to believe this is her first championship belt.

After the bout, she started an “American Top Team” chant and hugged Danny Trejo.

Jessica Aguilar def. Alida Gray by way of Submission (Side Choke) 2:45 of Round 1