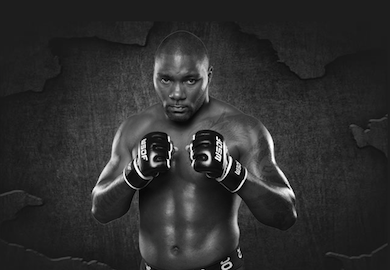 Anthony Johnson is starting to gain traction here in World Series of Fighting.

He walked into the decagon as the aggressor tonight and it paid off quickly. Mike Kyle was simply too slow and could not counter anything his opponent was throwing.

Mike Kyle cornered Anthony Johnson and went for a combination two minutes in the first round. Johnson’s speed paid off and he cut him off with a quick counter right hand.

Kyle was knocked out instantly and out-cold before his face even bounced off the canvas. Anthony Johnson didn’t care he was out of it, though, because the referee wasn’t close enough to the action to stop the fight.

Johnson dove on top of Kyle and got one more punch in before the referee called it off.

Anthony Johnson is still undefeated in World Series of Fighting with a record of three wins and zero losses.