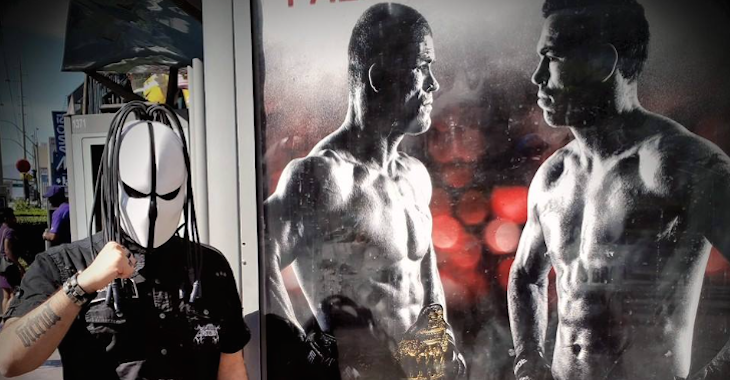 Venezuelan superstar and eOne music artist DJ Zardonic will be in Las Vegas this Saturday night, August 1st for the World Series of Fighting 22 event, live on NBC Sports Network from the Planet Hollywood Hotel & Casino.

The WSOF has put together a special treat for fans as the world-renowned DJ will put his unique blend of heavy metal and EDM on display for a special performance of “Bring It On.” Aside from being a hit song in its own right, “Bring It On” also serves as the new theme song for the WSOF.

That uncompromising approach creates common ground between Zardonic and the combat sports promotion he represents. Despite entering the sport with a major network TV deal, WSOF seeks to provide fans with only real, unflinching MMA action.

The now well-established promotion hopes to bring more of that excitement to MMA fans this weekend with a stacked card headlined by an excellent title showdown between venomous grapplers Jake Shields and Rousimar Palhares. The card also features a second title bout, as Marlon Moraes defends his title against Sheymon Moraes.

Embed code for “Bring it On,” WSOF theme song: