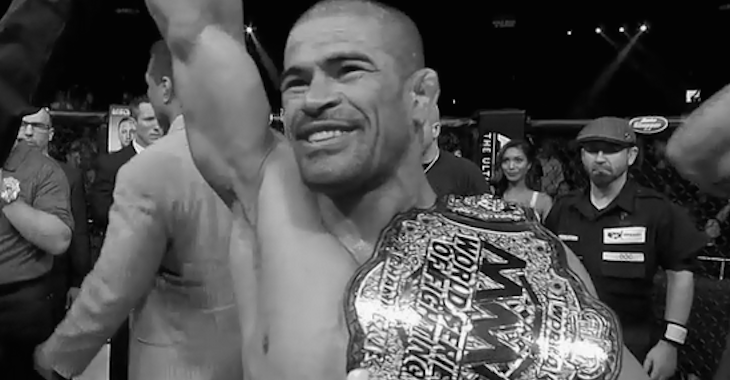 Rousimar Palhares had yet another opportunity to show the world that he is not the dirty fighter Jake Shields accused him of being leading up to their championship bout at “WSOF 22” this past Saturday. The card took place at Planet Hollywood Resort & Casino in Las Vegas, Nevada and rivaled “UFC 190”.

The main event was far more interesting than most of the fights on its pay-per-view counterpart and saw a lot more drama unfold after it was all said and done.

After a bloody first two rounds, Palhares trapped Shields in a tight kimura. With nowhere to go, Shields had no choice but to tap out. After tapping, it looked like Palhares cranked on the hold HARDER until the referee came in to separate the two. Palahres still held on for a second or so after the referee tried to pull him off and an irate Shields was not going to let it go.

Shields punched Palhares after the bell, which drew a confused reaction from Palhares. Needless to say, Palhares’ track record of holding on to submission holds too long in mixed martial arts and jiu-jitsu competitions is likely no mistake. Do you think Palhares is a dirty fighter? Did he told on to the hold too long on purpose? Share your thoughts in the comment section below after you check out the full results of the card!