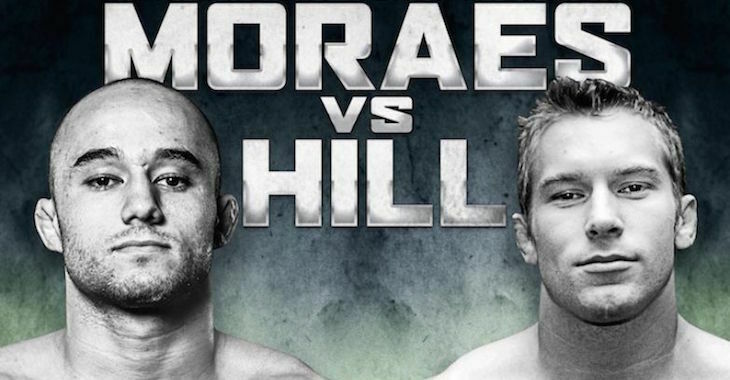 Cody McKenzie Threw a Headbutt On Purpose and Lost
Andrew McInnes def. Cody McKenzie by way of DQ (Intentional Headbutt) 4:57 of Round 1
This bout was a black eye on an exciting night of fights. Andrew McInnes and Cody McKenzie were on their way to having a fun back and forth fight where submission attempts were thrown with no regard. McInnes locked in a guillotine choke from the bottom, but he lost positioning when the referee warned him not to grab McKenzie’s hair. It was not clear by the replay whether or not McInnes pulled McKenzie’s hair on purpose, but McKenzie’s act of retaliation was no mistake. He popped up and cracked McInnes with an intentional headbutt which caused a halt in action. McInnes could not continue and the judges confirmed he would win the bout as a result of disqualification.

It is worth nothing that while Andrew McInnes was writhing on the mat in pain after getting headbutted, a fan casually yelled, “Get up, you bi**h.”

Campbell Executes Goku’s Kamehameha & Follows Up with Strikes For the Win
Shane Campbell def. Derek Boyle by way of TKO (Strikes) :31 of Round 3
Shane Campbell blasted Derek Boyle with a body shot which forced Boyle to crumble to a knee. Campbell dropped to one knee as well and mimed throwing a “Kamehameha” blast and followed up with a bevy of brutal strikes. The liver shot softened Boyle up enough for Campbell to fire off shot after shot until the referee stepped in to put a stop to the action.

Marlon Moraes ate a tough shot in the opening round and it looked as if the fight was going to end, but Josh Hill never closed the distance or attacked for the finish. Instead, he kept his distance and chose to pick his shots. Unfortunately for him, Moraes was able to rally back and ultimately gain decagon control. Moraes’ ability to dictate the pace of the fight allowed him to earn the judges’ unanimous decision.