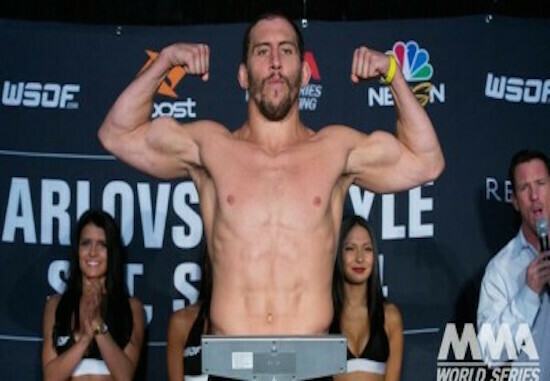 World Series Of Fighting 17 has picked up two new bouts for its January 17th event.

The card, which will be headlined by Jake Shields and Brian Foster, now sees Brian Cobb vs. Johnny Nunez, and Kasimir Mladenov vs. Jesse Taylor added to the card.

Cobb is 1-1 under the WSOF banner, most recently losing via TKO to Justin Gaethje, who went on to defeat Melvin Guillard for the lightweight championship.

His opponent, Johnny Nunez is 5-0 in his pro career, and 1-0 under the WSOF banner. He will be looking to pick up a win over a very experienced opponent in Cobb, and make waves in the lightweight division.

Kasimir Mladenov is also undefeated in his pro career, going 11-0, and securing 2 wins under the WSOF banner already.

His opponent, former UFC fighter and TUF competitor, Jesse Taylor went 1-1 under the WSOF banner before being released from the promotion, and competing in the BattleGrounds O.N.E. tournament, which he lost in the first round.

MMAJunkie confirmed the news of the bouts with WSOF President Ray Sefo.