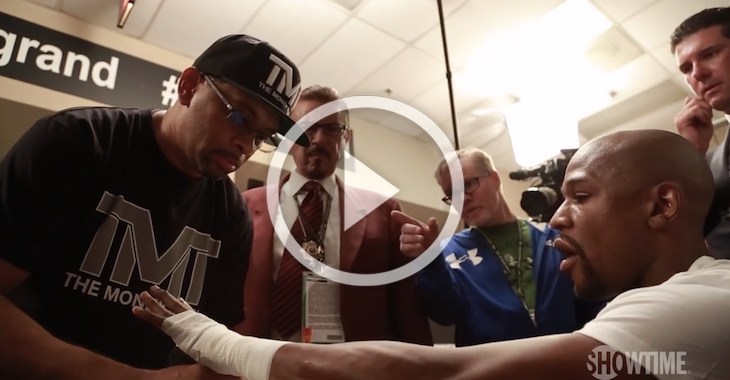 The fight may be over, but the behind the scenes footage is just starting to roll out. One of the occurances that prevented this bout between Floyd Mayweather and Manny Pacquiao from happening for so long was their need to agree upon EVERYTHING.

Now, Freddie Roach has some objections as Floyd Mayweather gets taped and ready for his monumental fight against Manny Pacquiao. Check out the video above!