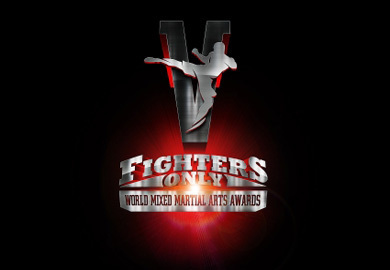 It’s time to roll out the red carpet and get suited and booted, as the 5th Fighters Only World MMA Awards returns to Las Vegas.

After 12 months of outstanding action in the world of MMA, the fifth annual Fighters Only World Mixed Martial Arts Awards arrives to bestow some of the planet’s best fighters with the accolade they so richly deserve: the Fighters Only silver statuette. With the Awards ceremony destined to return to Las Vegas in January, the world’s leading MMA superstars will descend on Sin City and trade in their walkout shirts for tuxedos and dresses for the red carpet event of the year.

It’s been yet another incredible period for fight fans across the globe who have witnessed some of the best action in the history of the sport almost on a weekly basis. It’s been 12 action-packed months stacked with breathtaking knockouts, super slick submissions and unbelievable fights. And once again we’ve put together an all-star Fighters Only nomination panel to help shortlist some of finest highlight reel moments of the year.

And whilst this elite team of MMA’s finest personalities are the ones who will be selecting the all-important shortlist, it’ll be you – the fans – who will have the final say on all the awards bar one. Your vote can make the difference between your favourite fighter going home with a silver statuette, and leaving empty handed.

We had 426,219 votes last year, destroying all of our previous records, and we want to go a level higher with the help of the Fighters Only readers and global MMA fan base. So how do you vote, you ask? Well, right now you can visit: worldmmaawards.com and simply cast your votes, and ensure you have your say on MMA history. It’s as simple as that.

The judging panel examined action from the calendar year starting September 1st 2011, through to September 30th 2012 – adding an extra month this year, which means it was actually 13 months of action under consideration for the 2012 awards ceremony.

TheLast year’s winners included our ‘Fighter of the Year’ in Jon Jones, ‘Knockout of the Year’ winner Anderson Silva, and the ‘Fight of the Year’ gong, shared between Frankie Edgar and Gray Maynard. And whilst they’re a tough act to follow, the potential candidates for this year’s awards are fantastic, to say the least.

Could ‘Stockton Bad Boy’ Nate Diaz take home the award for ‘Fighter of the Year,’ or will his next opponent, UFC lightweight champion Benson Henderson, lay claim to the silver statuette? Will Dan Henderson and ‘Shogun’ Rua’s epic brawl at UFC 139 earn the coveted ‘Fight of the Year’ award, or will it be overshadowed by Michael Chandler and Eddie Alvarez’s back-and-forth war at Bellator 58? And could Chris Weidman join the illustrious group of fighters who have been placed in the ‘Breakthrough Fighter of the Year’ category, or has Travis Browne done enough to earn the nod? Well, don’t ask us, it’s up to you to decide.

From former world champions, to some of the MMA media’s most knowledgeable mainstays, the 2012 Fighters Only World MMA Awards panel has chosen some of the best moments and stars from the past year, and now it’s up to you to choose which of these amazing athletes and personalities is going to walk away with silver in January.