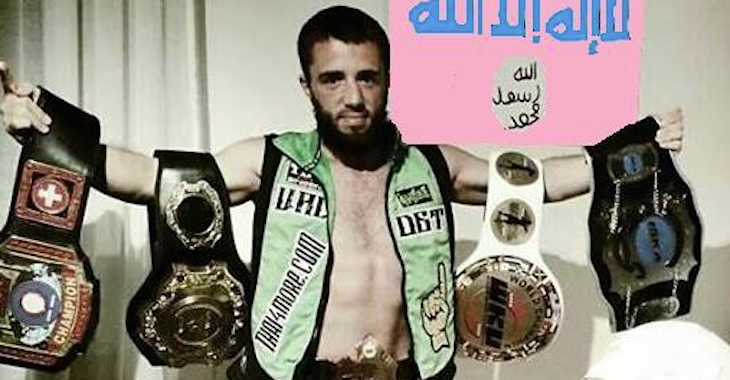 Valdet Gashi claimed to have been honing his Muay-Thai skills in Thailand for the past several months, but in reality, he had joined ISIS and left for Syria to fight in the war.

Gashi confirmed the news during an interview with SRF Radio.

The World Muay-Thai champion traveled to Syria with three other boxers. The four friends reportedly took part in a battle located in Syria where one of his friends was killed.

Gashi had lied to his family for months by making Facebook posts that he was located in Switzerland and Thailand. One of his posts from earlier in May shared a picture of him and his friends biking around at what was supposed to be Thailand.

Gashi has left behind a family; his wife and two daughters. He told SRF Radio during the interview that he was longing to hold his daughters, but would rather die for ‘Allah’ in Syria. Once the news broke of his whereabouts, he received hate on his Facebook page. He begged people who were commenting on his page to not say another word unless they knew the entire story.

Through Rundschau, Gashi’s family has criticized his decision making and are asking for him to come back home. “Valdet’s place is with us – with his children, his wife and his parents,” said his father.