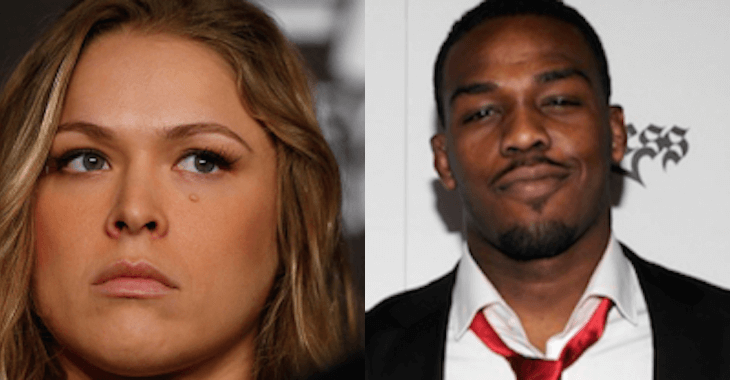 UFC welterweight Tyron Woodley, who fights this Saturday at UFC 192 against Johny Hendricks, recently talked about former champ Jon Jones and said that he believes when he comes back to the octagon he’ll once again be the highest paid fighter in MMA.

Woodley told MMAJunkie that he knows Jones was the top earner before he was suspended and stripped of his title.

UFC bantamweight champion Ronda Rousey has gone on record saying that she’s the highest paid athlete in the UFC, but Woodley says it only makes sense that Jones will take his place at the top back when he is reinstated.

“I think when Jon comes back, he’ll take his spot as the highest-paid (fighter) in the UFC.”

“I don’t know what she gets paid, (but) I kind of know what Jon gets paid, and he was the highest paid while he was around. When he gets back, he’ll reclaim that, but I think right now, she’s probably making a good seven figures.”