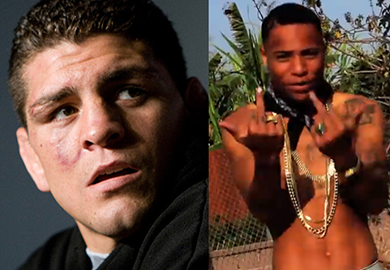 When Nick introduced the saying, no one really knew where it came from, but since it came from a Diaz, the use of the term became an instant classic among our small MMA World.

Apparently though, the MMA world isn’t the only community to pick up on this classic Diaz quote, because today, I found this…


Is this guy biting off Nick or is this all just a coincidence?