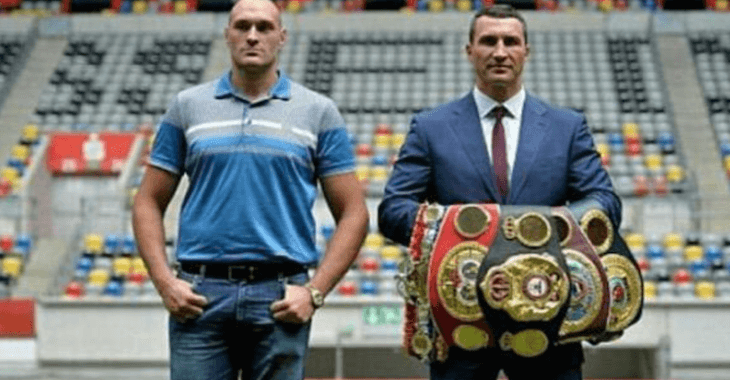 Some news from the boxing world, as the highly anticipated fight between Wladimir Klitschko and Tyson Fury as been scrapped from it’s original date.

The fight was set to go down on Oct. 24, but Klitschko just recently announced that he has to postpone the fight because he has suffered an injury. Man, we just got that ridiculous press conference and now the fight’s called off? Bummer.

Klitschko had this to say in his statement to Sky Sports:

“Especially after the exciting press conference last Wednesday, I was looking forward to this fight very much. I know that a lot of fans have already organised their trips to support me in Dusseldorf.

“I am so sorry that I am not able to fight on October 24. I also apologise to my opponent, who has spent many weeks preparing for this fight. I will do my very best to recover as fast as possible.”

As you could expect, if you know anything about Fury, he had a few things to say about the new:

Well it's official @Klitschko has pull out of the fight with an injury in his leg, it's a bit funny as I predicted this would happen!!!😁😁😁👴🏼