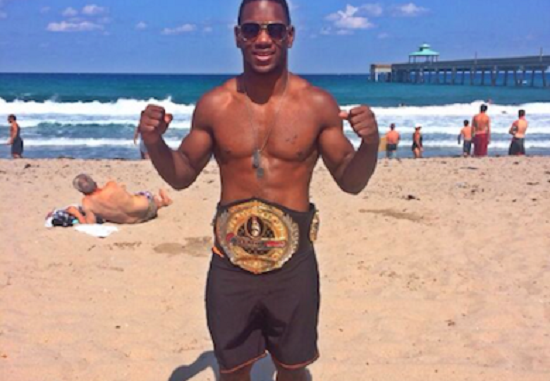 Earlier this month at Bellator 131, Will Brooks scored an impressive fourth round TKO win over Michael Chandler to win the vacant lightweight title, a belt he believes was rightfully his to begin with given that he was the interim champion.

What makes Brooks win more impressive is that he won the bout with a torn hamstring.

He spoke to MMAJunkie about the injury, and why he chose to fight despite the injury.

“I just refused to not fight.”

Brooks explained that he and teammate Nik Lentz were drilling takedown defense on a slippery mat when he felt a pop. He went on to reveal he went to the hospital, where he learned he had a grade-2 hamstring tear, which doesn’t require surgery, but rather 1-2 months of recover, followed by heavy physical therapy.

“As soon as he said that, me and my girlfriend walked out of the room,” Brooks said. “We were like, ‘Nah, that’s not really an option.’”