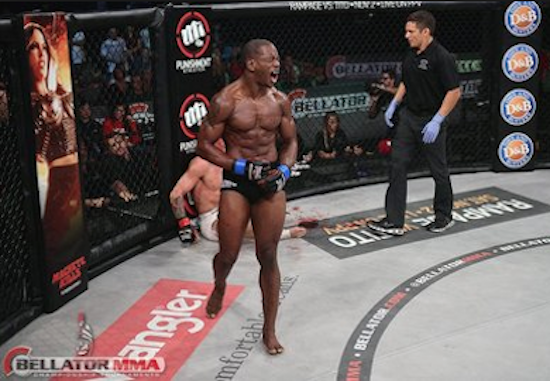 “I chalk it up to, his ego doesn’t allow him to step outside of himself and really examine the big picture. I think sometimes his ego and the people around him pump his ego so much that he’s not allowed to see his different things. But it’s not my problem. I control what I can control and he can control what he needs to do.”

“As far as being 100 percent healthy or, training for Alvarez, or this and that, personally I would never approach it like that. I was training for a three-round fight, against, nothing against Nate Jolly, but he’s a lower-level guy. I was training to go out there and practice some skills I had been working on. I went out there and I made that adjustment. It may not have been the prettiest thing in the world, but I did it, and I think if I would have ended up not walking away with the belt, I would have been the same guy. I would have approached it and said ‘today was not my night,’ and moved on.”