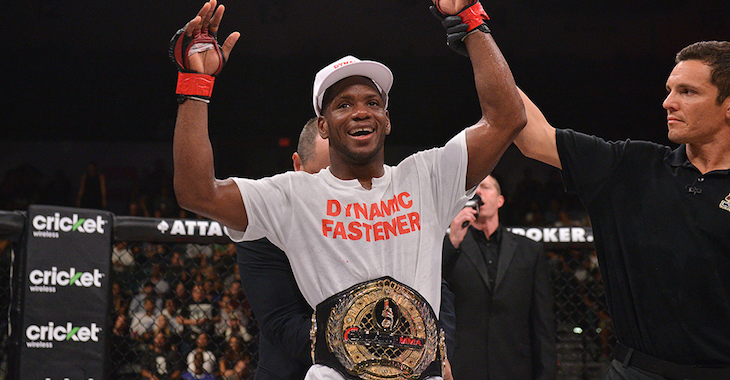 Leading up to the Bellator 145 weigh-ins, Bellator lightweight champion Will Brooks was involved in a scuffle with the Freire brothers in the hotel where the fighters were staying at.

Following his unanimous decision win over Marcin Held at Bellator 145, Will Brooks apologized to fans for the scuffle:

“Earlier this week, I want to apologize to the fans, there was a lot of unprofessional things that took place during this fight week,”

He continued at the post-fight press conference:

“I want to apologize to them [the fans], because I played a big part in that [brawl],” Brooks said. “That should never happen, and we should represent this organization better than that. It was very unprofessional.”

Bellator MMA President Scott Coker revealed that there is video footage of the scuffle, however he has yet to watch it.

For what it’s worth, the commission stated that neither fighter would be punished for their role in the brawl.